The BRIC countries show similar patterns of late economic development in the 20th century, and as such have formed a fast bond with digital technology. The impact that this has in policymaking is an important factor that is often overlooked when discussing their development, and in our 2018 IGF flash session entitled “How to leverage BRICS digital advantages and leave behind our shortcomings?”, common threads of discussion were found that would be worth exploring further on a more substantial space, such as: what stakeholders orient their national policymaking decisions in the cyber sphere; the ways in which non-government actors organize themselves to generate changes in policy; and the presence or absence of cooperation between the countries in this loose bloc.

The panel will include one speaker from each of the BRIC countries, with an even gender balance. All of the States involved in this loose bloc are considered to be developing countries, and so are the speakers.

The BRIC countries are, by and large, nations whose populations are deeply invested in digital technology, which makes it relevant to understand just how that interest is being channeled. Data from Akamai shows that, in order, China, Russia, Brazil, and India are all within the Top 10 list of countries from which cyber-attacks originate, a statistic that shows just how much talent there is in these countries for the development of digital solutions, even though a significant parcel of that is manifested in the form of misconduct. We could say that “a BRIC hit the Web”, and for diverse reasons, part of the potential of these people are squandered and converted into malicious actions, resulting in a net loss that troubles the global community.

However, with the emergence of new arrangements and the increasing dynamic of markets, it becomes viable to analyze how policy is being shaped within those countries in order to identify common positive and negative tendencies, aiming at increasing our understanding of how these nations organize their affairs in what relates to the Internet. This round table unites specialists of varied backgrounds from each BRIC country, so that different relevant research can be shared and experiences paralleled. The end goal is that of comparing policies on different issue areas and identifying unifying threads so that ideas for cooperation and future research can be generated, with focus on cyber security and sovereignty.

All BRIC nations have put forward strategies in relation to their participation in the cyberspace, and a growing number of laws and whitepapers can be identified as relating to the global changes in the security paradigm as it relates both to end users and the State itself. President Putin of Russia has more than once advanced the idea that developing countries should separate from the global DNS and pursue their own solutions, China has also threatened to leave the DNS space as it currently presented, Brazil has been very active since the beginnings of Internet Governance and has on occasion expressed that its interests are at odds with some positions, and India choose to remain at the borders of the issue due to sovereignty concerns, only recently advancing more structured efforts within the space. What does this mean for the future of cooperation between these nations and its actors?

Both the remote and face-to-face mediators have previous experience with the coordination of such events, which should contribute to the good flow of activities. By making use of the round table format and keeping interventions short, we intend to have the dynamic exchange of ideas as the central value of the workshop.

Online participation is held in the same regard as physical interactions, something demonstrable from previous Workshops organized by the proposers. We have experience in making sure that both these aspects fit, and an active interest in incorporating varied points of view.

Luca Beli started by sharing the CyberBRIC project which has opened a call of applications for researchers of BRIC countries to focus in data protection, as it’s a key topic in all five countries as it has an impact on e-commerce. After that, the introduced the Brazilian political system and he mentioned key events related to the Internet such as Snowden revelations that target the Brazilian and also Russia and NetMundial and he focused on the data protection law that was approved in August in Brazil after more than nine years of debates. He highlighted that some law aspects were vetoed by the President like the elimination of the data protection authority which could make difficult to implement the law and make it efficient. As regards cybersecurity, he mentioned some practices that could be negative, like that cybersecurity is coordinated by the military.

Ilona Stadnik talked about the situation in Russia in relation to the digital economy that is not covered by the media. She gave an overview of the involvement of the Russian government in the digital ecosystem from 2010 to now as she mentioned that there was not interested in the topic until 2010. She mentioned that in 2011 the data protection law was approved and that the interested of the government in the digital economy started in 2016 where there was a conference about the Internet where the president attended. The outcome of that and other conferences on the matter was the creation of the national programme entitled: “Digital economy” that started in 2017. The programme, that included different topics, begun as a multi-stakeholder initiative, however, as Ilona mentioned, this year the government wanted to give back the power to the government, and other stakeholders don’t have a clear role within the programme.

Dr. Govind started by sharing some numbers that showed the size of the digital economy in India (1.5 billion mobile, .2 billion unique identification numbers, thousand billion transactions, etc) and he mentioned the Digital India programme that aims to prepare the country for the digital transformation (for example, digital skills for start-ups). The programme also includes cybersecurity as a cross-cutting theme: security in the digital space is ket for e-commerce and also for social media channels. With regards to data protection, Dr. Govind referred to the bill that is currently being discussed in the Parliament and will continue in the following months. He mentioned that the discussions use the multistakeholder approach (government consulting civil society and business). At the end of his intervention, he highlighted the importance of strengthening the cooperation between BRIC countries.

Yik Chan believed that cybersecurity had a negative impact on Internet connectivity especially in humans rights and freedom of expression and framed the discussing in relation to country sovereignty in terms of defining which areas belong to the government and which do not. She mentioned three topics that are important for the discussion: infrastrucrure (both in terms of hardware and software), online applications (most of the countries developing apps do not have access to the international market), and the importance of security, political systems, social order, and cultural diversity.

During the interventions from the audience, Ambassador Benedicto da Fonseca from Brazil, mentioned that the Ministry of Foreign Affairs of Brazil had requested the government to create a national authority for the data protection law. He said that, like GDPR, Brazil had given 18 months to implement the law and that will give time to create the implementation body. He also commented that one of the most important CERT in Brazil is hosted by held by the CGI which is a multistakeholder body. 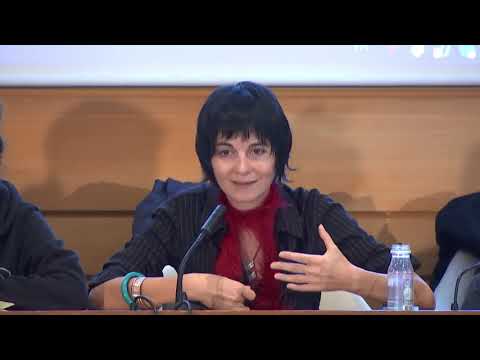 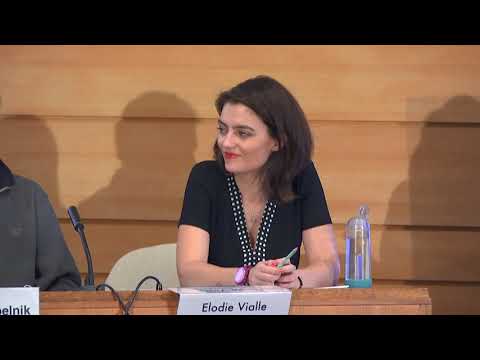 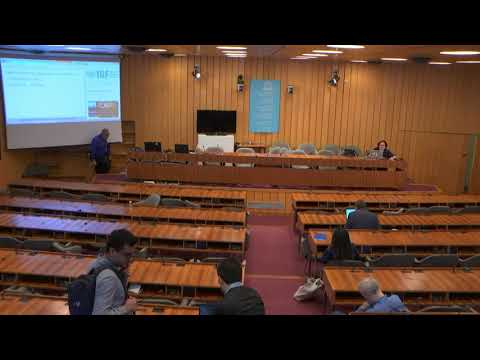