Content of the Session:
This Workshop aims to identify the opportunities and challenges of virtual reality for the network society, since it will change the way we publish and consume data, socialize and learn, and do science and business. Virtual reality is not a buzzword, it is a research area that has been around since the 60's. Since then, digital technologies have gone through development processes and improvements that have brought us to the current level where we are able to build effective applications of virtual reality. Nowadays, we have the required technologies and processing chips that open new opportunities to develop new environments and platforms to deal with data and social relationships in an unprecedented way. There is a major movement of main technology companies, universities and technical communities to leverage virtual reality a step forward and make it the next computing platform. Web has been essentially the same since its invention, but now virtual reality has the potential to change it due to its implicit characteristics, such as immersion and fluid interaction, which provides a new way of interacting and visualizing data, eliminating the constraints we always have when using a flat screen or a web browser. Despite all the features and promises, virtual reality brings opportunities, but also implementation challenges, such as:
How will it change human perception and the way we work with data and information?
How will it change social relationships?
How will it improve education and science?
How will we make these solutions economically viable?
How will it impact Internet Infrastructure?
How will we ensure security and privacy?

Those emerging questions will give us theoretical and practical background to rethink aspects of Internet governance, security, data protection and even new business models in order to be prepared for this immediate future.
During the session, the speakers will explore the concepts of Virtual Reality (VR) and how it has been improved and developed over time and also show some use cases about the large spectrum of possibilities for the VR user, such as data visualization, social networking, education, healthcare, and entertainment. The impact of VR for online learning will receive special attention in this workshop. They will also discuss the Virtual Reality roadmap development for the next years and how it will bring a significant change to the Web as we know it. Finally, there will be a discussion about new topics that need to be addressed regarding Internet Governance, such as the increase of data traffic over the Internet caused by Virtual Reality, as well as privacy and security issues since those aspects become more sensitive as we are not dealing only with data anymore, but with human perception and experience. A discussion with the audience will be held at the end of the session.


Relevance of the Session:
The search for technologies that bring immersion is not a simple hype, but an old passion: the first projects of VR started in the 60's, when Ivan Sutherland - the father of computer graphics - created the Ultimate Display, a prototype of glasses that projected digital objects to the user's eyes. However, only now the technologies of computer graphics are reached the maturity - thanks to the Advancement of Graphic Processing Unit (GPUs) - to build quality RV projects. Leading technology companies have already identified this trend and are focused on developing their products and services in this area: Facebook has bought Oculus, owner of the Rift; Google has the project Cardboard and Daydream, in addition to Tango for augmented reality; Microsoft bet your chips on Hololens. And the universities and technical communities are strengthening their works and researches in this area. This movement  drives even more the development of technologies for virtual reality. To get a sense of the market, a report by Goldman Sachs points out that virtual reality investments have already reached $ 3.5 billion by 2016. Scientists, engineers, designers and programmers are being allocated in large numbers to work specifically in this area. The generation of knowledge and the process of innovation on the subject is only growing.
Virtual reality is becoming a strategic branch in technology companies. It was regarded as almost a synonym of games until a few years ago, and is beginning to gain applications in the most varied spheres. There are several projects in the area of ​​education, health, safety and, of course, entertainment. The possibilities of interaction that this technology brings us are so promising that experts already call it the next computing platform.
The computer allowed us to work with volumes of data that were unthinkable by man. The internet has reconfigured our perceptions of distances on the globe. Cell phones have turned us into digital nomads. Virtual reality, in turn, has the potential to expand our mental capacities and bring ruptures to what we understand as presence.
Unlike other digital technologies, virtual reality manages to effectively engage our senses, which creates an unprecedented scenario for humanity. Until then, we have interacted with technology through controls and screens, knowing how to identify the limits of technology - at least in its physical aspect. When browsing the Web, you just have to look to the side, beyond the computer screen, to understand the boundary between technology and the physical world. Virtual reality comes to change that perspective.
The promise of every researcher in this area has always been to provide an immersive experience for the user. This approach allows you, even if you are physically in one place, to have the sensation and experience of being in another environment simulated by the computer - what we call a sense of presence. This is possible because the technology used involves our senses - mainly vision and hearing - through sensory stimuli that reflect this virtual world - you see and hear everything that happens in it, not caring about what is around you in the physical world. You can physically be in your living room while you enjoy a walk through the streets of Mumbai wearing virtual reality glasses.
The interactions also become more fluid - freedom of movement and immediate response in this environment are important issues for an immersive experience. In our example, turning your head to the right side, you will not fail to look at the screen of a monitor or a television as it normally does. Being in virtual reality glasses will make the world in which you are connected respond to this movement.
These characteristics of virtual reality open new possibilities for interaction with technology. We are near the end paradigm of windows that accompanies us from the beginning of computing. Nevertheless, we continue to investigate closely the rupture that virtual reality, as well as augmented reality, will bring to humanity. We, humans, live physical reality as a three-dimensional space. By using technology with that same approach, we will have a better experience and increase productivity.
A recent study by the Accenture consulting firm in the area of ​​neuroscience gives us evidence that we are better at working with three-dimensional instructions than with two-dimensional ones. In this project, the researchers transformed the instruction manual of a Lego, that simple paper that accompanies the toy box, into a three-dimensional manual for use with augmented reality glasses. The mere fact that a person could move and spin each of the pieces that were in the instructions, instead of looking at a two-dimensional drawing on a paper, greatly increased their productivity.
Social interaction is reconfigured with the arrival of virtual reality, mainly because of the sense of presence that this technology allows us to reach. The Web had already been in charge of connecting people geographically separated, through data, messages and videos. Virtual reality comes to connect them through your senses. It's no wonder that Facebook, the largest social networking platform in the world, bets so much on this approach. So with Google, Microsoft, and the other giants of technology.
The Web as a whole should be impacted in the coming years. And that impact must happen in a disruptive way, with the Web becoming the main platform for the project. W3C has already identified the importance of VR for the Web helping to develop WebVR - an API that provides interfaces to VR hardware to allow developers to build compelling, comfortable VR experiences on the web. VR is becoming a great platform for interaction and empathy that would open new possibilities to help to achieve some development... 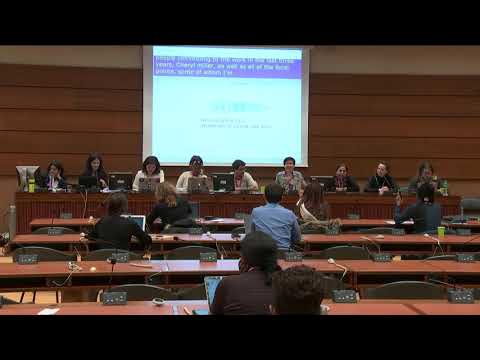 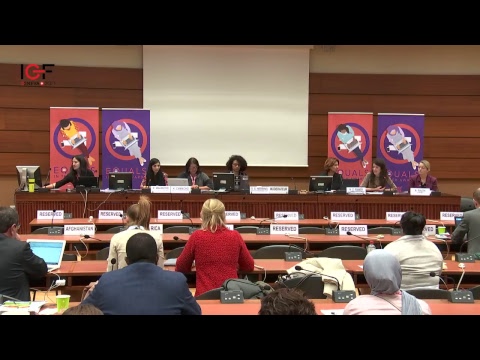