This workshop will give a deep analysis on the major Obstacles Africa as a region has and still is facing to become Interconnected, means of overcoming them and how take action as a multi-stakeholder community. It will also provide a better understanding of the Benefits and Opportunities of Interconnecting.
Discussions at the African Peering and Interconnection Forum (AfPIF) meeting held in August 2010 in Nairobi, Kenya indicated that a lack of clear and supportive policies and regulations related to cross-border interconnection is hampering the growth of the networks on the continent and contributing to higher costs. This workshop seeks to create awareness amongst stakeholders of the issues, highlight the challenges through case studies, and propose an enabling policy and regulatory framework.
To assist participants more actively during the workshop, AfriNIC will publish a short guide to the issues under discussion on the AfriNIC website prior a few weeks prior to the workshop.
AfriNIC has also dedicated an hour on its meeting agenda in June, to raise the issue within the African community.

A brief substantive summary and the main events that were raised:
The session gave an overview on the main challenges (regulatory, financial and technical) that the Africa faces. It also highlighted some of the opportunities, projects and initiatives for interconnection in the region.

- It was noted that access to knowledge was a high priority and Internet infrastructure and local content are key drivers of the economy.
- It was noted that local content was not a luxury, but is important for social reform and preserving our cultural heritage.
- The importance of to develop policies to make content creation and distribution more cost effective and support content creation business opportunities for the youth was noted.

- It was noted the importance of recognizing the relationship between push and pull strategies in creating demand for the Internet and how this relates to GDP growth.
- Noted that more studies need to be done in the area of regional interconnection in Africa including the relationships between content and infrastructure.
- It was noted that measurements were needed to gather metrics on how many registrations in ccTLDs, blogs in local languages, growth of local traffic, and Autonomous System Numbers (ASNs).

- While work remains to be done for Africa to realize these opportunities it was noted that Africa Internet traffic is growing at an astronomical rate which will, hopefully, accelerate the focus on these issues.
- Working together as a continent in a multi-stakeholder way is key to Africa achieving it’s goals. 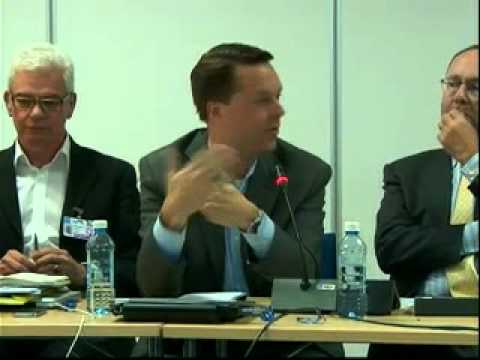